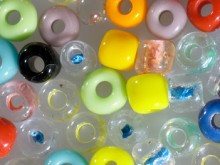 The Indian plastics sector is increasingly asking for higher tariffs and more government support against imports, particularly from

competitors in Southeast Asia and China, as it copes with the country’s slowest economic growth rates in a decade.

One of the country’s largest polymer trade associations, the All India Plastics Manufacturers’ Association, for example, used public forums at a recently held exhibition to repeatedly urge the government to impose 20 percent tariffs on imported plastics products from the ASEAN countries and China.

The trade show, held in mid-December in Mumbai, was full of executives talking about the long-term potential of India, which projects to double its polymer consumption to 20 million metric tons by 2020.

But alongside that optimism, executives from all segments of the industry, including materials, machinery and processors, stepped up their calls for higher tariffs to, in their words, level the playing field against unfairly priced imports.

The head of India’s plastic machinery trade group, for example, said he expected the government to renew the steep antidumping duties on Chinese-made injection machines when they expire later this year.

As well, India’s resin manufacturing industry recently secured an increase in tariffs on imported materials, from five percent to 7.5 percent, although other local groups, like Mumbai-based AIPMA, strongly opposed it saying it raised costs for the country’s injection molders and other processors. The smaller industry segments were also raising the call.

“Now, with the signing of the FTAs with ASEAN and like that, a lot of plastic goods are coming in and that is hurting our business,” he said. “We are paying the taxes to the government at the rate of 7.5 percent or 8 percent. That is the difference.”

“We are not against imports,” he said. “We are demanding a level playing field by which our industry can survive.”

AIPMA first issued its call for tariffs on finished plastic products in September 2013 as part of a broad call for more government help, including rolling back tariffs on imported plastic resin. At the time, they said the weakening rupee had made imported materials much more expensive.

Avinash Joshi, the joint secretary of the government’s Department of Chemicals and Petrochemicals, said the ASEAN trade pacts have been very balanced in imports and exports for the country. That echoed recent interviews from more senior officials in Indian media that said the deals have boosted trade volumes.

He said the Indian industry has problems like the small size of its companies and should to take action to improve itself- “R&D is one. We are hardly spending anything.”

Joshi said the government, too, needed to do more to improve infrastructure, specifically noting complaints from the plastics sector about India’s ports.

In spite of those government comments defending the trade deals, the head of the Plastics Machinery Manufacturers Association of India said he expected the government to renew the tariffs on Chinese-made injection molding machines first imposed in 2009.

“Absolutely,” said Mahendra Patel, Chairman, Mamata Machinery Pvt. Ltd., when asked if he expected renewal. “We know because we have reported very strongly and we have all positive signals.”