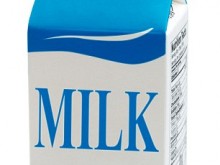 Tetra Pak Dairy Index forecasts that India and China will drive the global consumption of liquid diary products (LDP), which is set to

This is expected to climb further towards 70% by 2020, according to Tetra Pak. The company said that rising prosperity and urbanisation in Africa and Latin America will also fuel growth of LDP demand.

According to Tetra Pak, loose milk is typically sold in India, Pakistan, Sri Lanka and Bangladesh. Milkmen carry unpasteurized milk in large metal cans on their bicycles and mopeds from the farm gate to doorsteps or city streets. It is poured from the milkman’s can into a jug or bottle.

In India’s largest cities it is estimated that the majority of white milk is already sold packaged. But in the countryside loose milk still dominates.

Sumit Khatter, Marketing Manager, Tetra Pak India  said that across India there had been a marked shift towards packaged milk. He said: “People have more money, less time and they have moved away from the countryside. They are increasingly living closer to a city grocery store than a diary farm.”

The report states that the UK was the fourth biggest consumer of milk per capita in 2009, in the world. Gail Scotland, Marketing Manager, Tetra Pak UK said that more people in the UK were living in smaller households or on their own, so there “is an opportunity for invidualised and portion packs to grow in popularity in the UK”.

According to the report, the UK’s LDP consumption is expected to rise by 1% to around seven billion litres from 2009 to 2013 due to a “growing demand for flavoured milk and drinking yoghurt”.

The dairy boom will be most pronounced in Asia, according to Tetra Pak, led by India and China, where increased prosperity and rapid growth of the middle class will spur a significant rise in consumption.