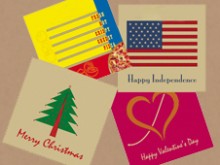 A Mumbai businessman has improved the decades old pizza box to make the food remain fresh. His solution is making sure the Pizza Bringing a solution to the soggy pizzas, Vinay Mehta decided to improve the design. Sitting at home one day he had a brain wave. With a pen knife and some cardboard he designed a new type of pizza box packaging. He named this VENTiT.

Mehta realized that most pizza boxes are ineffective because they have holes on the side to release steam. However, the heat is in fact released from the top and bottom of the pizzas. Mehta’s solution was simple- his boxes have holes in the two flat surfaces, but not in the middle layer. This permits steam to travel through the grooves in the middle corrugated cardboard layer, without getting trapped inside the box.

The idea became so successful that VENTiT was accorded the honor of the ‘world’s best pizza box’ by Scott Wiener. Wiener, Quartz magazine notes, is the New York-based pizza aficionado and author of a book called Viva La Pizza! The Art of the Pizza Box (Wiener also holds the distinction of being the Guinness World Record holder for the most number of pizza boxes).