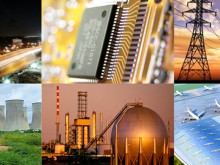 The Karnataka Government has recently unveiled a new industrial policy to attract investment in various sectors. The new policy from

2014 to 2019 has outlined an array of measures to improve the industrial climate and address issues of regional imbalance and social justice by offering attractive incentives and concessions to investors in backward regions.

Unveiling the policy recently, the chief minister said the target was investments worth Rs5 trillion and employment for 1.5 million people. The emphasis of the five-year policy is on the provision of good infrastructure support for promotion of industries.

Doing away with the age-old trade licensing system, the government has incorporated its decision to allot land for industrial purposes only on a 99-year lease basis.

The State has been divided into six zones based on average per-capita industrial development and employment. The more backward a zone, the more incentives and concessions investors will get.