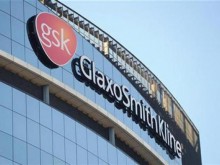 unit, investing Rs.994 crore. The government has also acquired 3,232 acres of land at Yadgir for the setting of a Pharma Park.

The Karnataka Industrial Area Development Board (KIADB) cleared the formalities of land for GSK and the Karnataka Udyog Mitra (KUM) facilitated the investment for the UK drug multinational. For the Pharma Park, KIADB will now develop the land before it is handed over to KUM, which is the single contact point for all investors who are looking at setting up units in Karnataka.

The GSK’s 50 acres of land is located at the Vemgal Industrial Area in Kolar to manufacture tablets and capsules. The facility is expected to generate jobs for 232 personnel. The manufacturing activity will need 2,600 KVA power.

Andrew Witty, Chief Executive Officer, GSK, while sharing his expansion plans stated that to increase its presence in India it would invest Rs.864 crore for a facility and the lead site would be Bengaluru. The unit is to be operational in 2017 and would have a production capacity of eight billion tablets and one billion capsules annually.

GSK had indicated to the state government that the new plant would be engaged in formulation of tablets and capsules besides packaging of the final product.