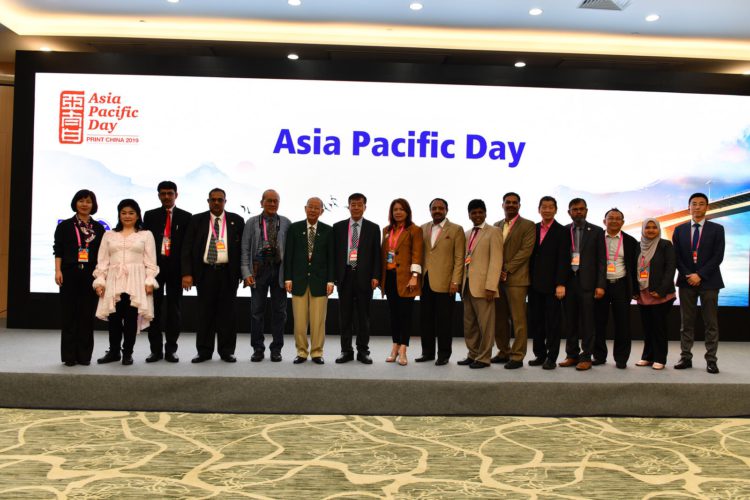 Print China, Asia’s largest printing industry exhibition, has been held every 4 years since 2007. The 4th iteration of the show took place from April 9th to 13th at the Guangdong Modern International Exhibition Centre. The trade show alternates with China Print in Beijing, which is also held every four years and caters to the general printing industry as well. Since the Chinese market is so vast, both shows have a unique regional appeal—Print China focuses on Southern China while China Print caters to the Northern China printing industry. Both shows have the same organizers and are sponsored by the Printing and Printing Equipment Industries Association of China (PEIAC). Both shows are large enough to attract local as well as international visitors, primarily from the Asia Pacific region – the organizers claim visitors from more than 100 countries. Language can sometimes still be a barrier, and not all vendors are well-prepared for a discussion in English.

The 2019 event attracted 1,200 exhibitors from 28 countries. Print China covered several halls of the Dongguan Exhibition Centre, with many halls having two floors. While the ground level floors were packed with exhibitors and visitors, the upper level was decidedly less busy. Print China 2019 accommodated 140,00 sq. meters of space, only slightly smaller than Drupa 2016 (158,237 sq. meters). Print China is one of the few remaining printing trade shows that still displays a wide range of offset presses. Offset presses are rarely on display at Western trade shows because of cost reasons, plus press vendors believe that all customers and prospects who are interested in offset devices are known and can directly targeted with open houses. Meanwhile, the Chinese market is a bit different—its shows continue to attract potential buyers who may not been on the prospect lists of large equipment manufacturers. As a result, events like Print China are an important venue for capturing the attention of these companies.

AIFMP also displayed its projects and activities, especially PAMEX during this show at Dongguan. The complementary stall provided to AIFMP was at first floor and was managed by Print Packaging.com.

Mr. Ashwani Gupta, Treasurer AIFMP, represented Indian Printing industry during ‘Asia-Pacific Day’ organized on 10 April, 2019 at Room C, Zone A2 of Hall 3 within the premises of the exhibition area. The event was initiated by Lu Chang’an, Vice President of PEIAC with the words ‘Globally, the world is witnessing a new round of major development, changes and adjustments and human beings are still faced with numerous unstable and uncertain factors. The new round of scientific and industrial revolution has not only brought new opportunities for the development of human society, but also posted an unprecedented challenge’. The Asia-Pacific Day during this exhibition is of prime importance because, the vitality of the Asia-Pacific economy is of vital importance for the global economy.

Speaking on the occasion, Mr. Ashwani Gupta felt that the event is a networking source and learned discussions among the participants with over 60 concurrent conferences taking place. India, he said, is a youngest nation with bright future and shall take giant stride in technology. Internet today, has made the world a global village and Indian printers are doing world class work and exporting to various countries across the world. Indian print industry is growing at 14% and is expected to reach INR 380 billion by the end of 2019. More than 15 lakh people are getting direct employment in 250,000 strong Indian Printing industry.

Talking about the All India Federation of Master Printers (AIFMP), he said, representing 250,000 printers AIFMP is not only the apex body of Indian printers but also is the largest printers association of the world. Printing Times is the official journal of AIFMP, published six time in a year PT is considered to be the best source of information for Indian Printers. India’s oldest exhibition of Printing machines and material – PAMEX is organized by AIFMP. Next PAMEX is going to be held at Mumbai on 6-9 January, 2020. For better cooperation and deep understanding, he invited the Chinese manufacturers to participate in the Pamex. With exclusive support of Beijing’s Keyin Media, we are going to establish a separate pavilion for Chinese Manufacturers, he said. 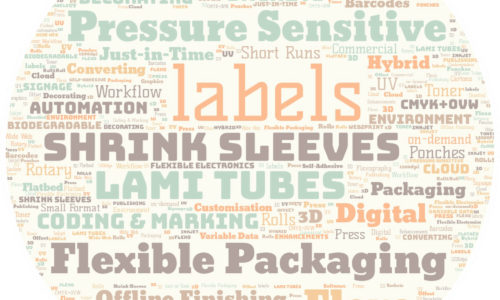 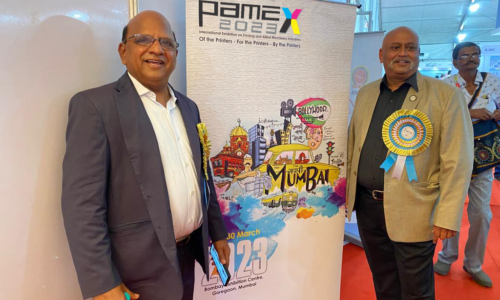