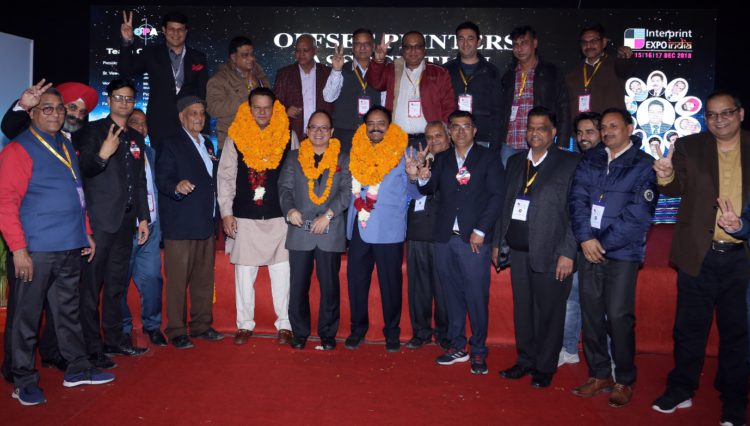 The Annual General Body meeting of Offset Printers Association (OPA) for the year 2018 was held during InterPrint Expo India at Chandigarh on 16 December, 2018. It was here that the General Body unanimously, in one voice, elected Mr. Parveen Aggarwal as President and Prof. Kamal Chopra as the General Secretary of OPA for another term of two years i.e. 2019 and 2020.

Mr. Ahmad Mughira Nurhani, President, Print Media Association of Indonesia-PPGI (Centre) was the special invitee of the ceremony to announce the new leaders of OPA.

The other members of OPA for the year 2019 are: