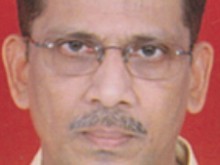 At the 51st Annual General Meeting of Mumbal Mudrak Sangh (MMS) held at MMS secretariat, Mumbai, a young dynamic team was declared. The managing committee for 2015-17 include Tushar V Dhote as president who replaces Medha S Virkar, immediate past president. Prakash Canser is the honorary secretary while Pramod Parulkar is senior vice president. Ashok Holkar is the vice president, Atul Mehta is the honorary treasurer, and Mehul Shah is the honorary joint secretary. Other members include Deepak Wadekar, Kedar D Ambekar, Rajiv Joshi and Milind Deshpande.