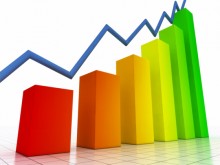 The sales turnover of the Indian packaging industry is expected to reach $ 43.7 billion by 2016, revealed a recent analysis by Indian Institute of Packaging (IIP). “The total turnover of the packaging industry in India at present is $ 27.6 billion and expected to grow to around USD 43.7 billion by 2016, whereas the global turnover is about $ 550 billion”, said S K Ray, Chairman, Indian Institute of Packaging (IIP).

He said that the packaging industry was growing at 12 percent per annum in India as against the global growth rate of 5 percent. “There are roughly 22,000 packaging companies in the country – from raw material manufacturers to machinery suppliers to ancillary material and nearly 85 percent of them are MSMEs,” Ray asserted.

India’s per capita consumption of packaging is only 4.3 kg per person per annum, as against Germany’s 42 kg and China’s 20 kg, which is very low compared to global standards. Initiatives are needed to convert the large unpacked commodities into processed and packed and well-presented commodities. “There is a scope for innovation, entrepreneurship as well as logistical advancements,” said N C Saha, Director, IIP.