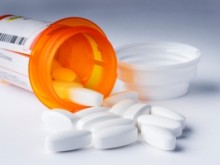 medicines such as syrups and liquid orals. The health ministry is considering a ban on the use of such bottles for packaging pharmaceutical products due to concerns of possible adverse effects on health.

Even as the government lacks enough scientific evidence confirming a risk to health from the use of plastic bottles, the Drug Technical Advisory Body (DTAB), the top-most advisory body on health-related matters, has suggested that the government must immediately ban the use of such bottles for some specific categories where risks are high, an official said.

“Since there is not enough evidence, the DTAB has recommended that in the first phase, the use of plastic or PET containers in liquid oral formulations for primary packaging of paediatric formulations, geriatric medicines, and medicines for women in the reproductive age group and pregnant women should be phased out and banned,” the official said.

Pharma companies are likely to be get six months to implement the move, according to the DTAB recommendations.

Drug makers generally use plastic or PET bottles as primary packaging material in pharmaceutical liquid orals, suspensions and dry syrups. Meanwhile, the drug regulator, Drugs Controller General of India, plans to send samples of plastic or PET bottles containing common medicines for testing to ensure the safety of these bottles.

The pharma industry was earlier using glass bottles only as primary packaging material for pharmaceuticals. However, the industry switched to PET bottles primarily because they are easy to handle in the distribution and retailing process.

However, the DTAB report notes this switchover to packing in plastic or PET bottles by the industry ‘is not based on any scientific studies’ to show such bottles do not have any harmful effect on the drug formulations and there are no releases of endocrine disruptors due to leaching.

Packaging is a crucial part of the drug manufacturing and marketing process. While the latest move is likely to have a huge dent on revenues of bottle manufacturers who supply to pharmaceutical companies, it may also have an impact on drug makers as packaging cost and margins on it are determined by the pricing regulator.