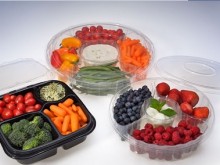 The Himachal Pradesh High Court vacated the stay on the state government’s notification dated June 26, 2013  and directed it to implement the notification banning the storage, supply, sale and entry of non-essential food items packaged in plastic and non-biodegradable material with effect from January 26, 2014. This excludes packaged and mineral drinking water.

The Division Bench, comprising justices Rajiv Sharma and V K Sharma, further directed the government to ensure that edible oils and fats are not sold in plastic bottles or pouches (they should be packed in tin containers). With effect from March 31, 2014, milk and milk products, edible oils and fats, fruit and vegetable products and meat products would be manufactured, transported, sold, packaged and distributed as per the regulations of the Food Safety and Standards (Packaging and Labelling) Regulations, 2011.

The Bench also directed the government to ensure that with effect from March 31, 2014, no foodstuff, including primary and essential food is manufactured, transported, sold, packaged and distributed without conforming to the Food Safety & Standards Act, 2006, and the Food Safety & Standards (Packaging & Labelling) Regulation, 2011. The court also directed the state to appoint a food commissioner, if not already appointed, within four weeks. It also directed the government to ensure that no person is permitted to commence or carry on any food business without either registering or obtaining a licence.

The court further directed the district magistrates and the superintendents of police in all the districts in Himachal Pradesh to enforce the notification of ban on non-essential food items in non-biodegradable packaging, and added that they would personally be liable and accountable for the non-enforcement of the notification.